wiki:Old/WiMAX/00
close Warning: Can't synchronize with repository "(default)" (/common/SVN/wimax does not appear to be a Subversion repository.). Look in the Trac log for more information. 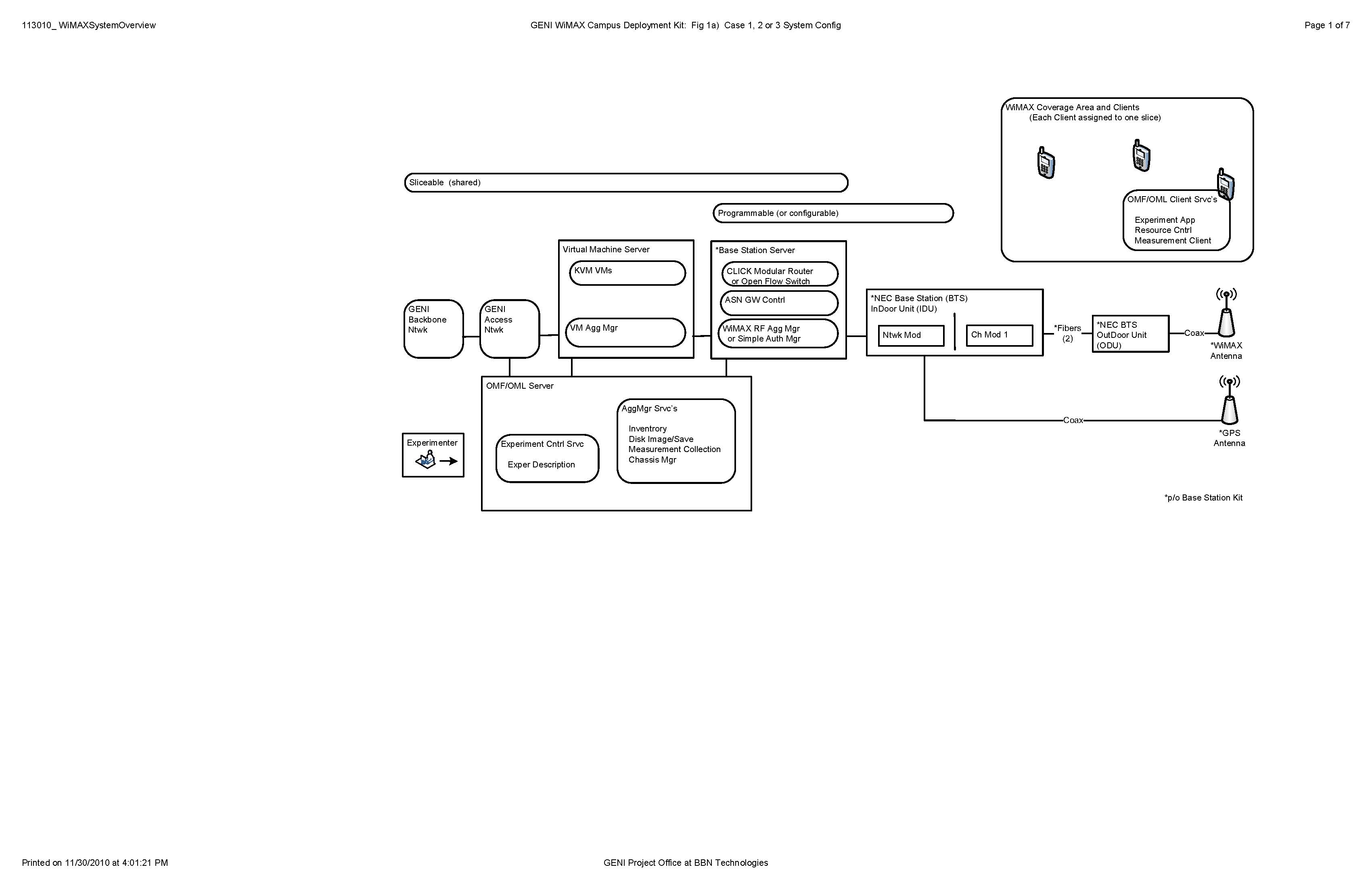 The figure also indicates three distinct interfaces associated with the GENI WiMAX base station. The first is the GENI control interface for experimenter access to virtual networks (slices) supported by the external base station controller. This is the primary interface relevant to a GENI experimenter, and is currently based on the ORBIT Management Framework (OMF).

The second interface is the so-called R6+ interface by which the base station controller communicates with the base station hardware (which includes its own internal controller running a proprietary NEC operating system and control/management software). The R6+ interface exposes the hardware features such as assignment of MAC/PHY resources (i.e. OFDMA time-frequency slots, power levels, service classification, etc.) to each flow, as well as management interfaces for initial configuration, scheduler policy selection and queue management.

The virtualized WiMAX Basestation Transceiver (BTS) system consists of different sets of APIs shared by components of the system. A brief overview of the interaction between different system components is as shown in the Figure 1.

The slice manager (SM) service allows the user to perform basic setup functions such as slice creation, instantiation, and destruction.

The Radio management (RM) grid service allows the user to invoke all the WiMAX radio functionalities when operating as part of a slice. The SM and RM services in turn talk to other system components such as the datapath controller and NEC BS controller to execute API invoked by the Slice owners.

The Datapath controller module is responsible for laying out the L2 datapath from the slice virtual machines to the physical WiMAX BTS.

The NEC BTS controller allows for the getting and setting of various WiMAX radio features.