Typical site GENI 4G wireless deployment is shown in Figure 1. The hardware setup establishes the wiring layout and switching requirements for nodes and the console. The nodes can be easily distinguished from the console by the number of Ethernet ports they have. Consoles require 4 ports while nodes have only 3. The console node acts as an authenticated gateway that only allows registered authenticated users to login to client node resources. The different networks are: 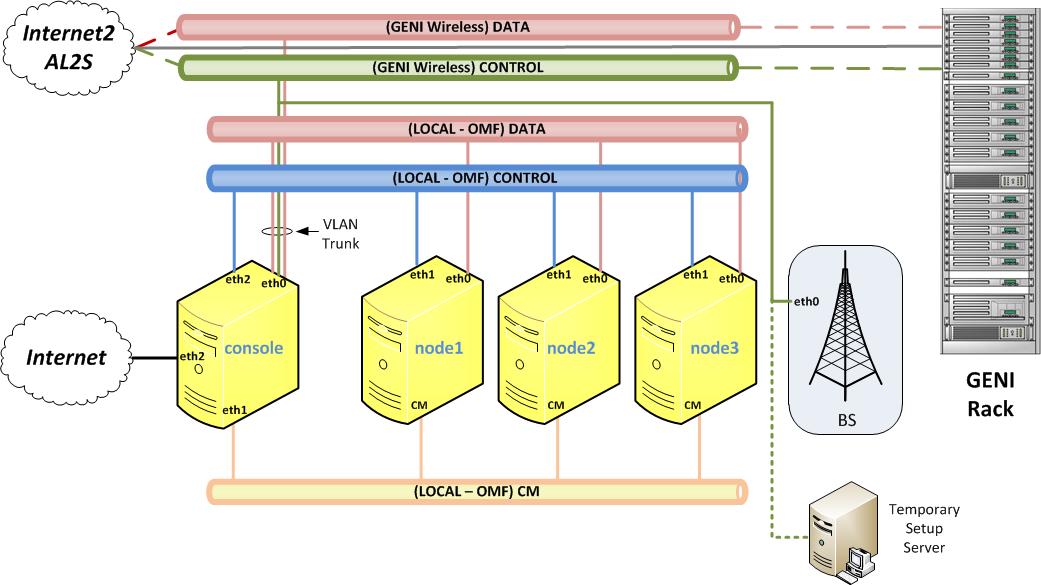 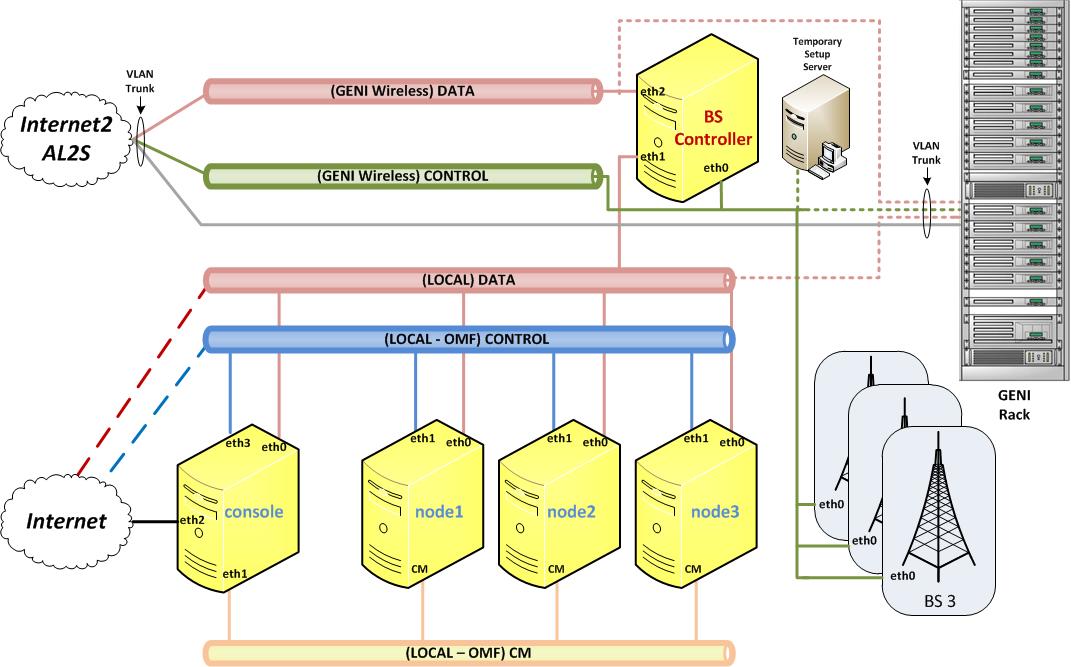